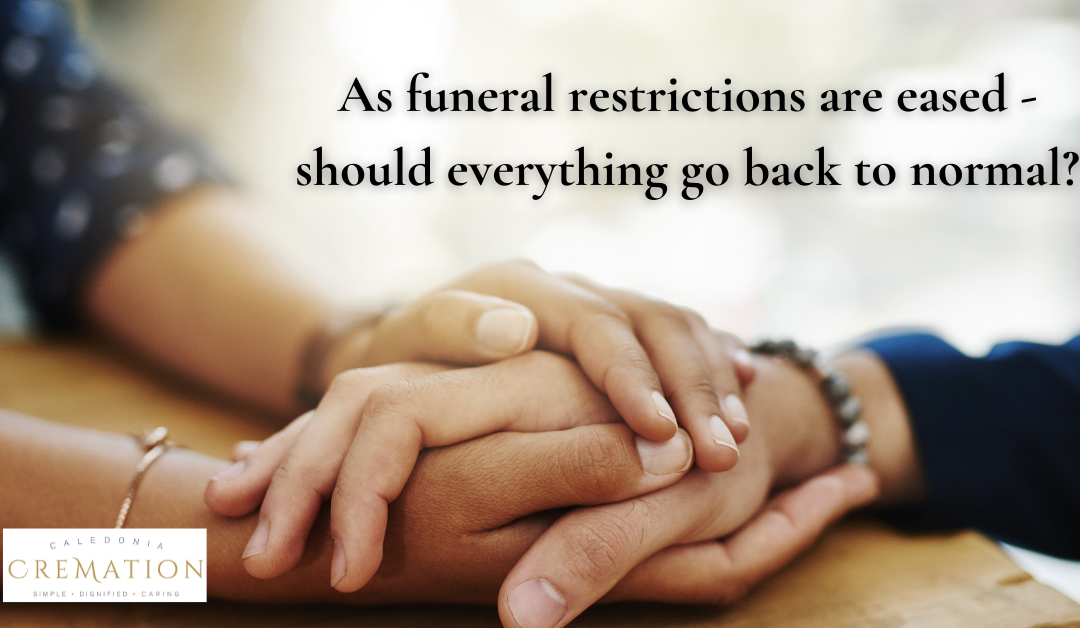 Since we began life as Scotland’s only not-for-profit funeral directors, we have heard numerous stories of bereaved people, already in a delicate state, being upsold funeral items that were neither necessary nor required. Consequently, they have been pushed into a debt they have struggled to repay months or years later. The perceived pressure to honour the deceased in a certain way, combined with people’s reluctance to shop around can also push people in a costly direction. The latest funeral debt figure in the UK stands at over £80 million* – with funeral costs disproportionately felt by those from low income households. Royal London’s Funeral Cost Index Report 2019 found that those with an income of less than £5,000 a year spent at least 65% of their annual income on a funeral, compared to 3% at most for those on £150,000 or more a year – inequality at its absolute worst.

Who knows what is going to happen after the furlough scheme ends? Unemployment rates could rise dramatically, so the issue of funeral poverty isn’t going to go away as more people experience unexpected hardship.

Since lockdown began last year, we saw how bereaved families found creative and extremely moving ways to say goodbye to their loved ones. Video streamed ceremonies and zoomed wakes are just some of the ways people marked the passing of a family member or friend. In a country where big expensive funerals are usually the norm, we are beginning to wonder – will this inspire people to reconsider their funeral choices in the future. As a charity currently fighting funeral poverty in Scotland- we certainly hope so!

We hope that all the publicity that surrounded lockdown funerals will inspire people to choose a funeral that is both personal AND affordable. This year and last, we supported several people who probably would have gone down the traditional route had it not been for the lockdown restrictions.

Our hope as lockdown is eased is that people are inspired by the variety of ways people have said their goodbyes and begin to re-imagine what a funeral can be. You can provide a beautiful and personal goodbye that won’t place additional financial pressure on you at an already stressful time.

It’s time to reimagine what a goodbye is and remove the pressure on the bereaved to spend money they just can’t afford – since when has money been the measure of how much you love someone?

If we can help you or someone you know, then please do get in touch:

Request a call back